The Great Renegotiation: Reimagining the Workplace to Advance Gender Equality 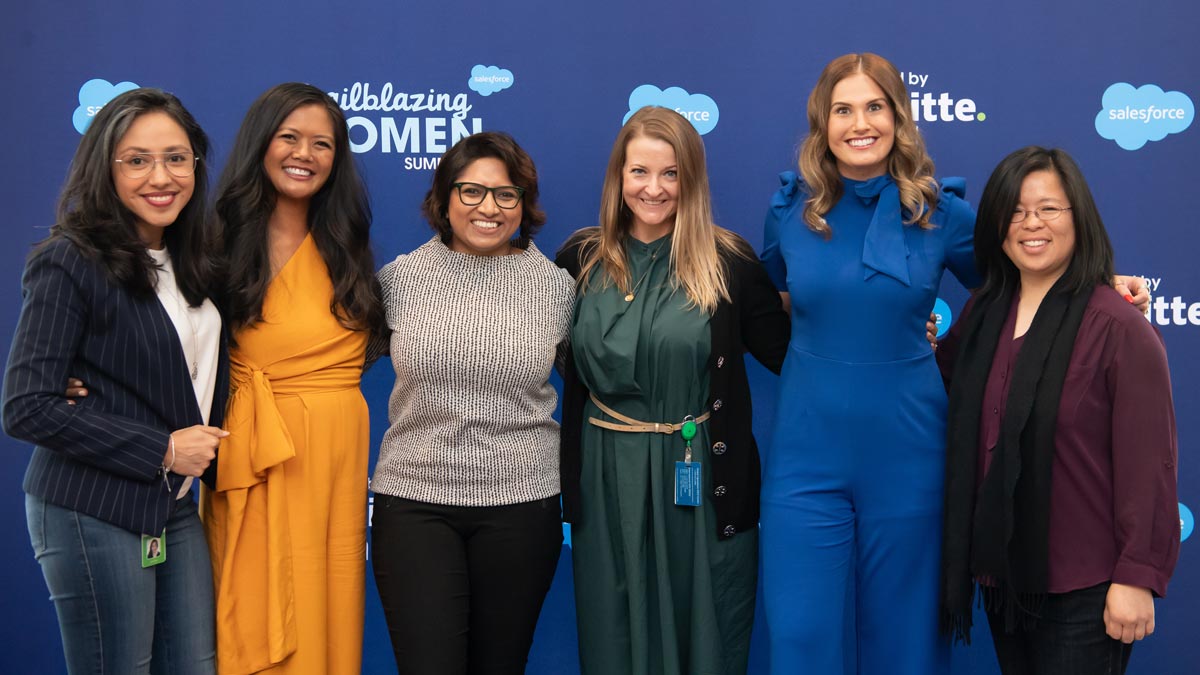 As the lines between work and home have blurred over the past few years, our approach to how we spend our time has shifted. This is especially true for women, who have historically carried a disproportionate burden of home- and childcare responsibilities. From February 2020 to January 2022, 1.1 million women left the workforce, accounting for 63% of all jobs lost. This is a result of various factors: overall job losses, going part time or contracting to reduce workloads, or quitting altogether. This illustrates the need for more work focused around achieving gender equality in the workplace.

In May, more than 3.3 million viewers tuned in to Salesforce’s annual gender equality summit, Trailblazing Women. This event, sponsored by Deloitte Digital, created space for inspiring and necessary conversations on the many ways women transform the workplace, and how workplaces can move toward creating environments that serve employees equally — regardless of gender.

With half of households headed by women, advancing gender equality is essential for the advancement and sustainability of our individual communities and society as a whole. The first step in advancing is acknowledging where we are today.

“We recently completed a survey of 5,000 women in 10 countries — almost half said they felt they had to always be on, and if they weren’t, it would impact their career advancement.”

Prior to the pandemic, it was well-known women earned less money for the same roles as men — for women of color, this discrepancy is even greater. Still, the reality that women represent nearly two-thirds of low-paying jobs in the workforce — with an overrepresentation of Black, Latina, and Indigenous women — became more apparent as the pandemic’s impact on finances continued. From unsteady wages that disrupted households to the lack of benefits that devastated families navigating life during a global health crisis, the pandemic impacted women at higher rates.

During the first half of 2020, when the pandemic had the most significant hit on the labor market, women’s employment rates fell at a faster pace than male employment in most of the world’s major economies. In the United States, between February and April 2020, women employment rates fell by 17.9% compared to the 13.9% decline in male employment. Many of the industries hit hardest by the pandemic (such as food service, hospitality, and retail) were, and continue to be, occupied by women (especially women of color) most often.

“This is about an opportunity to try and make your workplace better … because the balance of power has shifted.”

The pandemic’s impact on women was also pervasive among those in high-paying roles. During 2021’s resignations, women who left their jobs for higher paying roles experienced above average increases in their wages. With employers facing increased competition when attracting talent, women were able to be more selective and to require more than the bare minimum from employers. Many of these women were able to take advantage of companies’ need for workers — as what was referred to as “The Great Resignation” took place.

“This isn’t a time when people are just quitting their jobs and not working,” said Tara Sinclair, a senior fellow at Indeed and professor of economics and international affairs at George Washington University, during Salesforce’s annual gender equality summit, Trailblazing Women. “This is about an opportunity to make your workplace better. That’s something employers need to keep in mind because the balance of power has massively shifted.”

This power shift is also giving employers the opportunity to expand their talent pool and diversify their male-dominated spaces and industries by, “offering the kinds of benefits that make it easier for women to enter these workplaces that didn’t feel so comfortable and welcoming,” Sinclair said.

Increasing representation and focusing on the employee experience

One of the first steps in achieving gender equality in the workplace is increasing representation. By reimagining structures, policies, benefits, and programs, employers have the opportunity to attract a more diverse workforce.

Additionally, while women continue facing pay gaps and more of the home and caregiving responsibilities, they are also battling against the increased pressure of “always-on” remote working life. A recent Deloitte Digital survey of 5,000 women in 10 countries revealed nearly half felt they had to always be on, otherwise risking career advancement.

“More than half didn’t even feel comfortable talking about the challenges they were experiencing at work,” said Dounia Senawi, U.S. digital customer offering lead, Deloitte Digital.

During the last few years, Salesforce has enabled employees to have success working from anywhere. The company created mentorship and sponsorship programs for women who are underrepresented in leadership roles and created initiatives that focus on the Black women experience. It also continued encouraging women and other underrepresented groups to voice their concerns through its Warmline, a program that connects female employees with advocates who help them navigate career moments, issues of belonging, and courageous conversations

“This has to be a leadership issue,” said Maria Colacurcio, CEO of Syndio, a company providing expert-backed technology to help companies measure, achieve, and sustain workplace equity. “This is not a women’s issue. This is not an issue that should just be looked at through those perspectives. It has to be looked at at the board level, at the CEO level, at the leadership level.” Salesforce’s partnership with Syndio has been key in conducting annual equal pay audits and ensuring employees are being paid fairly.

Women and allies should continue to support and uplift one another — regardless of the industry, from the boardroom to concert stages. “It helps to preemptively support other women and support people who make you feel like there’s room for more than one of you,” said Michelle Zauner, singer and guitarist for Japanese Breakfast and New York Times bestselling author of “Crying in H Mart.”

When it comes down to it, the need for gender equality starts long before women enter the workforce. Companies have the power to affect change by creating workspaces and policies that enable equality and are welcoming and empowering to women.