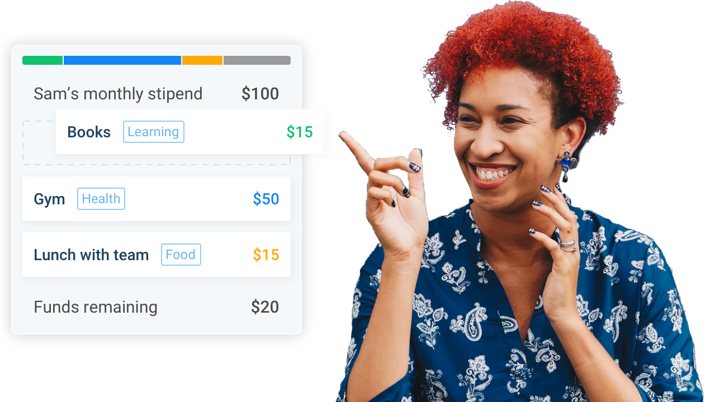 With white-collar workers settling into hybrid work arrangements — a legacy of the pandemic — companies are rethinking how they deliver corporate perks like transportation, cafeterias and gyms (much to the chagrin of some). As the concept of “the office” evolves, employers are being urged to offer flexible perks that can be tailored to the needs of individual employees. Rather than complimentary laundry service, for example, workers are rallying behind the idea of work-from-home and wellness stipends.

Plenty of perk management platforms exist, including Cherry, Fringe and Origin (which offers financial planning as a perk). But Amy Spurling, the CEO of Compt, makes the case that incumbent solutions are overly reliant on vendor marketplaces or benefits cards, which limit the ways in which employees can use their perks.

“The missing key to simultaneously streamlining the [employee perk] process for admins and boosting employee engagement [is] personalization,” Spurling told TechCrunch via email. “When companies look to support employees with personalized perk solutions, they have a choice of vendor marketplaces, card-based models, and reimbursement. The goal is to offer something unique to each employee, but vendor marketplaces and card-based models are inherently the opposite; they limit the options an employee has to a few big name companies to spend their perk dollars.”

She pitches Cambridge, Massachusetts-based Compt as the answer. Coming off of a $13 million Series A led by Battery Ventures, which the company announced today, Compt allows teams to assign set stipends in broad categories like “health and wellness” or “family” and then let employees pick services in those categories that appeal to them. To get reimbursed, workers upload photos of receipts via Compt’s mobile app or Slack integration.

“Compt’s reimbursement model allows an employee to spend money anywhere and on anything — a local restaurant, a favorite mindfulness app, vet bills, a charity that’s close to their heart. The possibilities are actually endless,” Spurling said. “Plus, by allowing personalization, more money is being spent locally in the communities where people live … Through personalized perk stipends with Compt, companies are able to support their teams and the communities in which they live and work.”

A path to perks

Spurling was previously the COO and CFO at Jana, a mobile advertising company, where she managed HR and finance teams. While there, she says she saw the company try to implement a successful perks program, but employees all wanted different things.

“In response, HR attempted to schedule more and more perk vendors and track usage so the finance team could ensure taxability. The resulting mess was an administrative nightmare,” Spurling said. “[I] realized the missing key to simultaneously streamlining the process for admins and boosting employee engagement was personalization.”

Compt achieves this by integrating with HR systems and payroll software on the backend. The platform is built to be “IRS-compliant,” Spurling says, but also to support global teams — Compt currently supports companies in all 50 U.S. states and 60 countries.

In addition to basic perk policies, Compt can send employee bonuses and tie bonus programs to a perk stipend. For example, companies can reward employees on their birthdays and work anniversaries or or for hitting project milestones and targets.

Standing out from the crowd

Compt is growing rapidly, Spurling says, with ambitions to expand from a 12-person team to 20 by the end of 2022. Annual recurring revenue in 2021 grew 500%, and the company claims its gross margin profile is 97%. Compt’s total raised stands at $16.5 million.

When asked about plans in the near term, Spurling says that Compt will double down on customer acquisition — growing its go-to-market approach. “As the future of work trends toward being more employee-centric and less company-centric (a huge benefit for our business model), we are still — like so many others — working to overcome the old way of thinking that employees should log in, sit down and be compliant work robots,” she added.

It’s true that corporate perks are ripe for disruption (pardon the well-worn term). In a 2020 employee well-being study recently published by Gallup, only 24% of workers said that they participate in wellness programs at their companies — and just 12% say they help well-being. In a separate employee survey, this one conducted by Metlife, 61% of workers said that having access to emerging benefits would reduce their stress while 52% said it would make them more loyal to their employer.

But, as illustrated by the $12.3 billion venture investors funneled in HR tech startups last year, there’s no shortage of strong competition. Compt will have to prove that its platform is sufficiently differentiated to stand out from the crowded field.

“There’s … more HR tech companies entering the market and there could very well be an oversaturation of reimbursement options, making it difficult for decision-makers to determine which platform will be the best for truly personalized perk stipends,” Spurling said. “This defeats the purpose of supporting an employee’s whole well-being and not just their work well-being.”

The Resume is Dead — You Need a New Hiring Playbook