Lumos wants to build an app store for the enterprise 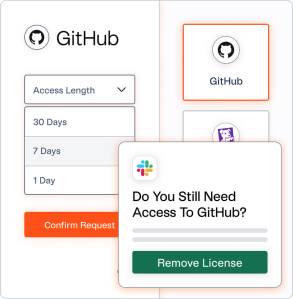 Lumos, a startup that wants to provide an end-to-end solution for enterprises to manage all of the SaaS apps their employees use, is coming out of stealth today. The company plans to take on the SaaS management market by combining security features like role-based access control that IT departments need with the self-service capabilities that employees want and the spending reports (and ability to shut down unused accounts) that the finance department needs.

Lumos also today announced that it has raised a total of over $30 million from the likes of Andreesen Horowitz, Neo, Lachy Groom, Google Cloud CISO Phil Venables, OpenAI CTO Greg Brockman and others.

At its core, Lumos replaces IT tickets with a self-service portal for employees. The team argues that as enterprises increasingly rely on SaaS applications, it’s becoming increasingly difficult for businesses to manage them. Often, this means an added bureaucratic layer of IT tickets to gain access to a service and additional costs for SaaS licenses for users who may not even be using a service or who may have left the company — all while it’s almost impossible for IT and security teams to keep up with the inevitable rise of shadow IT as employees try to route around these systems.

The promise of Lumos is that it can provide access controls but also provide a self-service portal to employees and automatically recognize when a user stops using a SaaS tool, for example, and then de-provision those accounts to save on licensing cost.

“As the world has shifted from ‘bring your own device’ to ‘bring your own app’ and now ‘bring your own office,’ the challenge of shadow IT has only continued to compound. We’re very excited to partner with the Lumos team as they build the tool that can bring light to this darkness,” said Peter Levine, a general partner at Andreesen Horowitz.

As Lumos co-founder Andrej Safundzic told me, the idea for Lumos was born out of a privacy-and ethics-focused class he and his co-founder Leo Mehr took at Stanford (with Alan Flores-Lopez rounding out the co-founding team shortly after). That class, he said, made him realize how consumers may have password managers to secure their accounts but no easy way to manage the user accounts they likely have across hundreds of services.

“Then I looked at my phone — and my phone was beautiful, right? I have everything in my home screen,” Safundzic said. “I can delete what I want. I can go to settings and disable location sharing for Facebook. The App Store on Apple made this such a beautiful integrated platform. But if you look at the web, you have 100 websites, Figma, Airtable, Smartsheet — everything. So we just said: hey, let’s create that app store for the web.”

That’s still the long-term goal today, but to get started, the team decided to focus on companies because, Safundzic frankly admitted, that’s an easier business model.

Since most services have open APIs to allow Lumos to create and delete accounts, the team didn’t even need to build a partnership team to support get started. The service integrates with existing IT systems, so tickets are still created to ensure everything is logged, but Lumos then orchestrates everything in the background. It supports services like Okta, OneLogin, Google and Azure AD for identify and access management and easy account provisioning for services like Zoom, Salesforce, AWS and Datadog. Like any modern service that focuses on workflows, it also integrates with Slack (with Teams support coming soon).

With Torii, BetterCloud, Intello and others, there are obviously quite a few SaaS management services on the market already. This is, after all, a massive problem for businesses. But the Lumos team argues that these are not end-to-end solutions and don’t offer all of the compliance, self-service and automation features its tool offers.

It’s worth noting that Safundzic has a bit of previous startup experience. Before co-founding Lumos, Safundzic built Tech4Germany, a GovTech startup that was acquired by the German Federal Chancellery.

Today, Lumos already has over 30 employees. Current users include the likes of BuzzFeed, Dialpad, Mixpanel, Skydio and Vox Media.

Harnessing the power of IoT in manufacturing—4 critical components