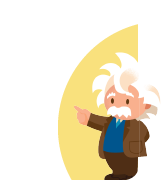 Whether it was people wanting to step up from low-wage jobs, start a career in a new field, or retire altogether, the pandemic produced a labor shortage that spanned almost every industry. Businesses still need to provide goods and services to customers and the public — and many have turned to automation to fill those job gaps.

In a recent survey by enterprise automation software company UiPath, two-thirds of executives said their companies were affected by a labor shortage, and nearly 80% said they will invest in automation to help offset the lack of workers.

“When companies can’t find people, what are they going to do to maintain productivity and product quality?” asked Jeff Burnstein, president of the Association for Advancing Automation (A3). “Automation is playing a key role in that.”

Burnstein said automation isn’t about replacing jobs, but rather remaining competitive — which is key to hiring more people. The 2020 World Economic Forum Future of Jobs report said redundant roles will decline, yet emerging professions will grow due to automation. By 2025, 85 million jobs may be displaced by a “shift in the division of labor between humans and machines,” but that 97 million new jobs may result as more people adapt to that division between people, machines, and algorithms.

Automation can help streamline your business

Make your teams more efficient with tools like Flow, Slack, and Mulesoft.

While it may seem counterintuitive employment would rise as companies add more automation, having robots and artificial intelligence (AI) working alongside people actually can increase productivity, Burnstein said. As more robots come online, people tend to train and get certified into better roles as companies build more offices, warehouses, and branches that require more people to fill jobs.

Burnstein said there is a direct correlation between a robust economy and hiring and automation. Companies feel more secure when the economy performs better and they invest in new technologies, thus adding more people. According to A3, nearly 40,000 robots were sold in North America in 2021 at a value of $2 billion, a record high. This was supported by 58% of non-automotive industries adding more robots, creating opportunities for people to gain new skills and supervise the operation of the newly added automation.

How companies use automation to fill labor shortage gaps

In the summer of 2019, Sam’s Club introduced Sam’s Garage, an app that streamlined the tire-buying process and allowed Sam’s Club workers to use technology for better customer service. Fast forward to 2021 and Sam’s Club accelerated its automation and added a number of AI-based robots in its warehouses and retail stores that help with worker productivity and efficiency.

The surge of retail delivery hastened by the pandemic has seen automation swell in fulfillment and distribution centers at companies like Amazon, Walmart, and DHL. Robots transport heavy pallets or quickly locate products for workers to pick and pack for shipping. Computers and monitors are placed throughout warehouses, where people manage the logistics. While some people continue to do the manual labor, others have been trained on the computer systems.

“There are new jobs created,” said Robert Brunner, associate dean for innovation and chief disruption officer at the Gies College of Business at the University of Illinois, “from building and servicing the automations to integrating the automation into the rest of the workflow.”

Automation when done with a focus on the customer and increase in productivity, can be a great complement to creating good jobs.

People and robots work alongside each other

These are examples of “collaborative robots” that work alongside people, creating not only new, but also better paying opportunities for workers while companies remain productive and can focus on better customer service.

“Automation when it’s done with a focus on the customer and increase in productivity – not the so-so technology just for cost saving – can be a great complement to creating good jobs,” said Zeynep Tan, president of the Good Jobs Institute and a professor at MIT Sloan School of Management, during the Wharton Future of Work Conference.

Even human resources (HR) is getting into automation. Instead of sifting through countless resumes, many recruiters use AI software to help identify the most qualified candidates. Established companies like LinkedIn and startups such as Eightfold or SmartRecruiters have cloud-based systems and to streamline the hiring process. In June 2021, Southwest Airlines had about 2,000 open positions, but not enough qualified candidates. The company implemented digital recruiting tools, like AI-powered chatbots, which expedited fielding interactions with potential candidates.

“We’ve got to be able to move with speed, and that’s where all these tools come into play,” Southwest’s director of talent acquisition, Greg Muccio, told The Wall Street Journal.

Healthcare, like the restaurant industry, saw a decline of 424,000 workers between February 2020 and March 2022, according to the BLS. This opened more pathways to automate tasks from the menial appointment scheduling or prescription refilling to highly advanced disease detection.

Yes, robots may replace some jobs. But in the end, automation paves the way for innovation, creating opportunities for more people to find better work, and allows businesses to remain competitive and productive.

“There’s this mystery around the robot that’s coming for your job,” Burnstein said. “But really, it’s a tool to make us more productive in many of these situations that will enable more jobs.”