Kara Swisher Says You Need a Web3 Strategy — Here’s Why 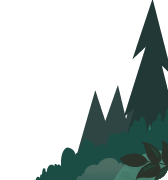 Many titans of the Web 1.0 and 2.0 eras have been relegated to the dustbin of history, rendered irrelevant or knocked out altogether for failing to evolve and give consumers what they want. As we sit on the precipice of the more decentralized and immersive Web 3.0, more commonly known as Web3, today’s companies need to figure out how to avoid a similar fate.

With Web3, everyone from artists and gamers to big-name brands are getting involved through crypto, non-fungible tokens (NFTs), virtual reality (VR), augmented reality (AR), the blockchain, and other virtual-based interactivity as part of the metaverse. Just as businesses before built websites, a mobile strategy, and a social media presence, companies now need to get on board with Web3. That’s according to tech journalist Kara Swisher, whose popular “Pivot” podcast with Scott Galloway also appears on Salesforce+.

“There’s not one business that’s not going to be affected by it,” Swisher said. “Just like the web, just like mobile.”

Currently, tech is dominated by a handful of large brands. But if you look back over the last 20 years, names that once grabbed headlines have all but disappeared from the conversation. While things may feel confusing today, companies need to understand how Web3 works and make it part of their overall strategy.

“Don’t think because it’s hard now that it’s going to be hard later,” Swisher said in an interview at TrailblazerDX, a Salesforce event for developers. “It’s just the initial stages of figuring out what works best. That happens with every technology that comes along.”

Swisher, who has reported on the tech space for more than two decades, has closely watched the evolution of the internet. She shares her insight into Web3 and discusses why every business, no matter your size, needs to start seriously thinking about a strategy to remain connected to customers and stay relevant.

How will the metaverse impact ecommerce?

As more brands embrace Web3, the lines will blur between the physical and digital worlds.

Businesses need to find their place in Web3

Whenever new technologies, products, and ideas are introduced, it takes time for people to adapt, Swisher said, but they eventually do. Web3 is no different.

Some companies have already figured out an initial Web3 strategy that may involve creating branded space inside the metaverse, offering customers NFTs, or accepting cryptocurrency as payment. Gucci created sneakers specifically to be worn inside gaming platform Roblox. Global consultancy Accenture created a virtual workplace to onboard and connect employees. But your Web3 strategy doesn’t necessarily need to be embedded within the metaverse. Fidelity Investments recently announced it would allow 401(k) customers to invest in bitcoin. Ikea has an app that lets customers see how furniture will look in their home via AR. Ultimately, companies need to figure out how to get into this new world and make it work for them and their stakeholders.

“Just like figuring out your digital strategy, what is your Web3 strategy?” Swisher asked. “Is it cryptocurrency? Is it NFTs? Is it metaverse? What could it be?”

Take this time to really understand your brand’s connection to your community and figure out what makes the most sense for your business. You don’t need to adopt every aspect of Web3, but if you have an ecommerce platform, consider whether accepting crypto makes sense or if you want to allow people to log in with their digital wallets. Or, you can team up with an artist to create a collectible NFT that can unlock unique experiences for your customers. Web3 opens up new possibilities and new revenue streams for brands, especially in the metaverse.

“There will be brands just like there are in the real world,” Swisher said. “People will be known by whatever brand they happen to like or what they’re wearing — and it’s a huge opportunity for brands.”

And that will crossover back into the real world. Web3 will straddle both.

Web3 brings digital and analog together

Instead of thinking about the metaverse as a big video game, Swisher said it’s more like the web in 3D. Yes, there will be gaming, people will have avatars, and it may feel like a big cartoon. With the proliferation of VR headsets like Meta’s Oculus, that’s how most people see Web3 currently, but it will evolve quickly.

“That’s what Web3 is now because that’s what we can do,” Swisher said. “But there’s going to be immersive environments everywhere you go.”

As Pokemon Go had millions of people around the world hunting for AR creatures in the real world, Web3 will see our digital and analog worlds collide. Companies like Apple have the opportunity to build on technology like Airpods, Swisher said, to put cameras into the products that will support Web3 and immerse people even more into this world.

Web3 inherently decentralizes the internet and the way people interact with brands. Because of this, companies have an opportunity to build more trust with their customers by working with them. This new world of NFTs and the blockchain removes the middle party from the equation and allows brands to connect directly with people.

This allows for more transparency and opens new methods of doing business. It can help outline the long-term relationship you want to build with your whole community, both inside the company and with customers.

This will be big when creating your Web3 strategy. It allows for better transparency and lets your community help guide what you do in Web3. It also allows companies to set up smart contracts on the blockchain, which can help reduce fraud and counterfeiting or set up more seamless ownership of things.

Hopefully, that strategy today will help keep you around when we move into Web4. And by that point, Swisher said, “Aliens will come save us.”

Digital engineering is the answer when flawless, accountable production means life or death